Dr Edward Swarbreck Hall was a thorn in the side of the Establishment of Van Diemen’s Land. For nearly fifty years after his arrival in 1833 he clashed with doctors, administrators, politicians and the clergy. As a doctor he protected the inmates of the convict system, the Cascades Female Factory and the Queen’s Orphan Asylum from oppression and mistreatment. He agitated for the protection of the public from infectious diseases and their vaccination against smallpox, and he defended Catholics and Catholicism from sectarian attack by Protestant critics. But he was also a pioneer epidemiologist of international repute, a perceptive shipboard diarist and a devoted father and husband. This book resurrects the many-sided life of a colonial doctor who, with great moral courage and passion, renounced the pursuit of private gain and strove tirelessly for the benefit of the sick and powerless. 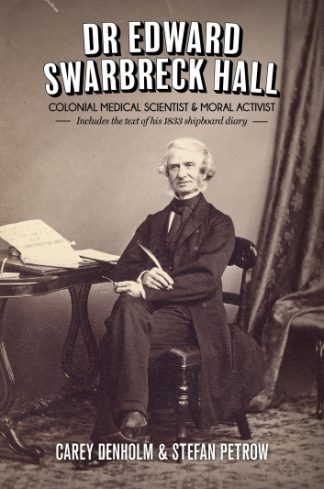