View cart “The Lakewoman” has been added to your cart.

War and its aftermath change the lives of everyone they touch. In 1946 the Japanese War Crime Trials begin in Tokyo, where General MacArthur is initiating his grand strategy for converting Japan to a democracy, and a bastion against Asian communism. Bill Liston, an Australian law lecturer conscripted to assist in the prosecutions, is embroiled in the dubious legal manoeuverings and questionable summary justice. His fiancee Irene White remains in Brisbane. Both are brought into contact with survivors of the war years — an exotic Dutch commando, a martinet Land Army Officer, teenage prisoners of war rescued from the sinking of the Perth, military and legal careerists, and shattered Japanese civilians. Amongst all of this, Bill and Irene struggle to resolve their relationship and their future.

'Callinan uses this politico-legal quagmire as a basis for some lively exploration of ideas about war, peace, history, justice and the law. He … is technically proficient as a novelist, and this is an engaging read.' — Kerryn Goldsworthy, The Age

'The Missing Masterpiece is a gem, scintillating with ironies and caustic asides of the kind one associates with Evelyn Waugh and Anthony Powell. The qualities are a rare thing in contemporary Australian literature … In After the Monsoon Callinan's fifth novel, the author has drawn on his skills to produce a more ambitious work. On this occasion, his take of a loner's quest for self-fulfilment is underpinned by darker themes concerning criminality and atonement.'

'Callinan has created a new take on the spiritual crisis genre, his writing assured, sometimes biting in his attack on cultural institutions, and like a good movie provides the oblique jump and unexpected encounter.'

Graeme Blundell, The Australian
on Appointment at Amalfi

Be the first to review “Dislocation” Cancel reply 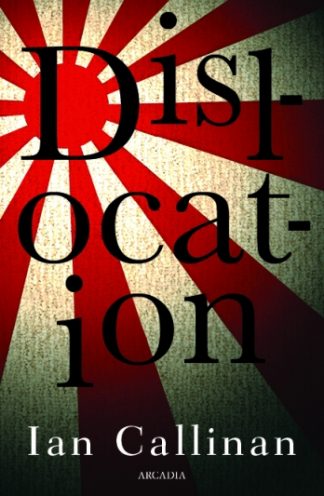