The 1890s produced an extraordinary outpouring of distinctly Australian writing. The most famous writers now are Banjo Paterson and Henry Lawson, but others were as well known in their day. Among the half-forgotten poets is Barcroft Boake, who as a young man from Sydney found a job up country, and fell in love with the bush way of life. From Western Queensland in summer to Adaminaby in winter, he lived that life, and it sustains his writing. He wrote about what he found: very real people, often people he knew, and their successes and disasters. But he was also a casualty of the hard times of the early 'nineties. In the grip of depression, aged just twenty-six, he killed himself.

His best-known work is the ballad Where the Dead Men Lie, an Australian classic. He wrote many others as attractive but less well known. Here, they are all carefully edited, and the extensive notes include background on the events and characters in the poems.

Be the first to review “Barcroft Boake” Cancel reply 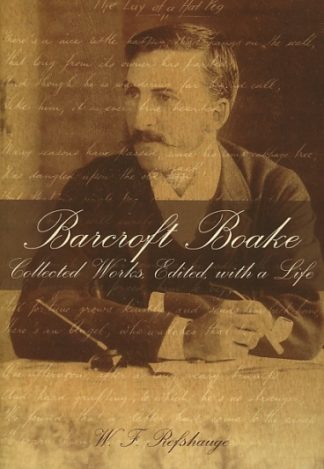