In Search of the Last Continent: Australia and Early Antarctic Exploration

For 70 years powerful countries despatched expeditions to explore the south polar regions. By 1843 they had seen enough to realise that this most remote and impenetrable place offered considerable danger and no strategic or economic benefit. The great nations turned away. In the 1880s Melbourne’s men of science formed a committee to revive interest in Antarctic exploration. They canvassed the colonies and the world in attempts to raise an expedition. Ultimately unsuccessful, they did though inspire the first publicly recorded landing on the Antarctic continent by Henrik Bull and the crew of his whaling expedition. This created a sensation and led to the first overwintering on the Antarctic continent by crewman C.E. Borchgrevink’s expedition. The book outlines early Antarctic exploration and concentrates on Melbourne’s Antarctic Exploration Committee and the voyages of Bull and Borchgrevink.

Andrew McConville is a reference and research librarian at the State Library of Victoria. Andrew has a particular interest in the history of 19th century Antarctic exploration. 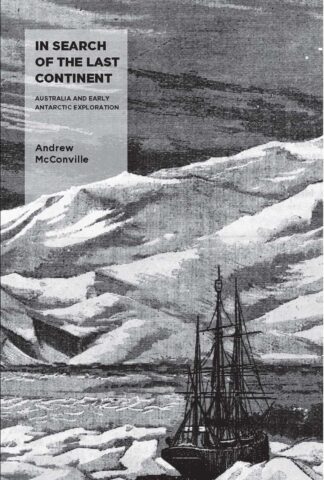 You're viewing: In Search of the Last Continent: Australia and Early Antarctic Exploration $44.00
Add to cart