A prequel to his ‘World’s end’: British military outposts in the ‘ring fence’ around Australia 1824–1849, this book by prize-winning historian and keen sailor Alan Powell celebrates the small ships of Australia’s colonial navy. Brigs, cutters, schooners and sloops were pressed into service in a rag-tag assembly of ‘seagoing maids of all work’, cramped and overloaded with provisions, building materials, livestock and even convicts. The crews of these ‘doughty little craft’ sailed with courage and often blind faith in their ultimate survival as they toiled through some of the world’s most treacherous seas to deliver life-preserving supplies to the military outposts that ringed Australia in the early nineteenth century. 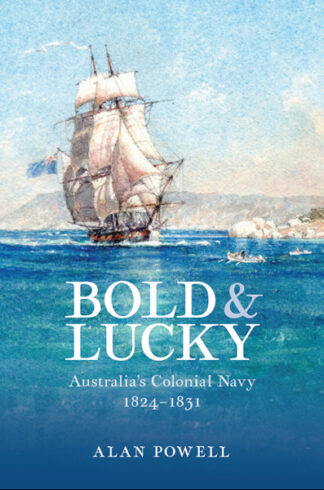