Michael Wilding's novel follows private detective Keith Plant as he searches for a lady's missing husband in the seedy streets of Bangkok.

Gallery owner Alice Ackerman hires private detective Keith Plant to find her husband, missing in Asia. Plant gets embroiled with the expatriate language teacher Bowles with a penchant for cut-price Bangkok bar girls, excitable Indian professor Ghosh, a Manila bookseller with impeccable CIA connections, and exotic cabaret singer Anna Imelda. Drugged and seduced at the Eternal Night Club, kidnapped and imprisoned in Baguio City, Plant is deported from the Philippines. Fired from the case, he is visited in his rural hideaway by the menacing international publisher Starr, whose taste for dangerous sex climaxes in a Bangkok hotel room.

'A compelling narrative with a cast of enigmatic figures. The exotic bar singer, the speech writer for hire, the publisher with guerrilla connections, the sex-addicted expatriate and the missing political scientist are only some of the fascinating cast of characters … Wilding blends his wit with the comic and the bizarre in a novel that surprises by its twists and turns. This is a novel that enhances our understanding of the Australian-Asian relationship while at the same time providing an exciting, fast moving thriller.'
– Irina Dunn, Network News

'Asian Dawn is a fast-paced rea with lots of seedy sex and compromising secrets, plus a few well aimed jabs at the academic world.'
– Cameron Woodhead, Sydney Morning Herald

Michael Wilding, novelist and critic, was born in Worcester, UK and read English at Oxford. He has taught English and Australian Literature and creative writing at the University of Sydney, where he is now emeritus professor, and various universities internationally. He has also been a milkman, postman, apple-picker, newspaper columnist, Cosmopolitan Bachelor of the Month, Fellow of the Australian Academy of the Humanities, and Chair of the New South Wales Writers' Centre.

Be the first to review “Asian Dawn” Cancel reply 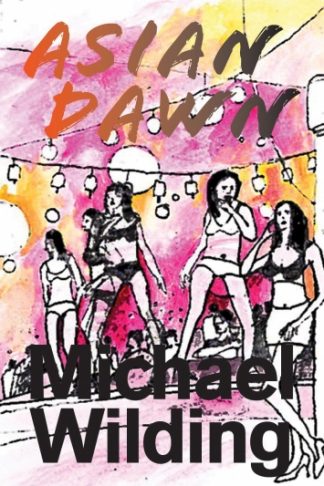