ALL THE HOURS is a play in the form of a monologue by a nun with a Greek chorus of four psalm-chanting nuns, ending with a brief passage of dialogue. The scene is a convent cell over a single day sometime towards the end of the 20th century. ‘The Liturgy of the Hours’, which regulates the life of a Cistercian abbey gives the play its structure. The nun, who has been many years in the abbey, has been confined to her cell for a serious breach of The Rule. The drama unfolds in pared back, mischievous and emotive language in a profound examination of the fragility of religious belief, the difficulties of grafting the supernatural onto the natural, and the very idea of a religious vocation.

William Lyons’ autobiographical memoir about his onetime intimate relationship with a religious way of life serves as the introduction to the play.

William Lyons was born in Melbourne and after spending much of his life as a student or teacher of philosophy in many countries, he became a Professor of Moral Philosophy and Fellow of Trinity College Dublin, and a Member of the Royal Irish Academy. He came only comparatively recently to playwriting, developing a strong interest in ‘theatre of thought’ or plays that, while often interwoven with mischief and humour, present challenging ideas.

Previous plays of his have won the 'START Full Length Play Competition' and the 'Eamon Keane Full Length Play Award' in Ireland, and the 'Premio Colline di Torino Testo Teatrale' in Italy. His play, ‘A Beginning and an End’, was shortlisted for the Kenneth Branagh Award for New Drama Writing in 2017. 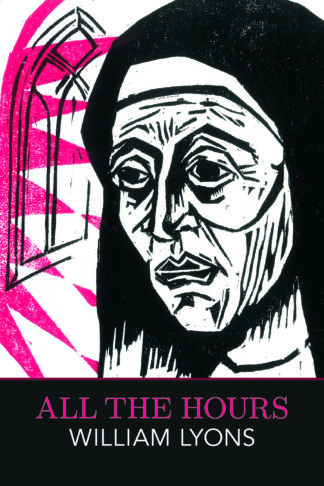