View cart “Surviving Captivity: The campaign and POW diary of Bob Christie” has been added to your cart.

A Funny Course for a Woman

Rosemary Balmford, the first female judge on the Supreme Court of Victoria, has been a solicitor, wife and mother, and a tribunal member, law teacher and administrator. She is an amateur ornithologist and has been an active member of bird organisations and of organisations working for the encouragement of breast-feeding and better parenting. In January 2012, she was appointed a Member of the Order of Australia for service to the judiciary, the practice of law in Victoria, and the study of ornithology.

When Rosemary was admitted to practice as a barrister and solicitor of the Supreme Court of Victoria in 1956, it was unthinkable that there would ever be a female judge of that Court. Forty years later the Premier, Jeff Kennett, announced her appointment to the bench.

Rosemary’s memoirs tell the story of her life in Melbourne, and how changes over that time made it possible for a woman to advance in the legal profession. Technology freed time, education created opportunities, and slowly attitudes changed. There are now eleven female judges on the Supreme Court of Victoria.

Rosemary has one son and two adult grandchildren, and lives in Melbourne overlooking the Yarra River. 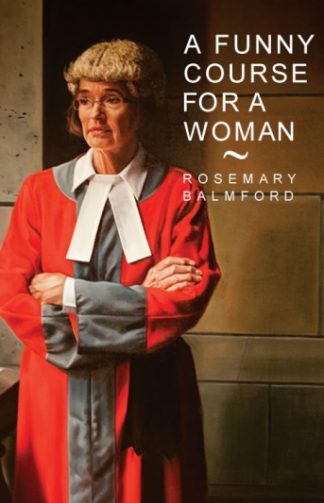