Opi: The Two Lives of My Grandfather

In 1937, the Nazi propaganda machine feted Friedrich Wilhelm Hymmen as a literary star. A decade later, he gave up writing fiction altogether as an act of self-punishment for his complicity in the crimes of the Nazi regime.

Now his grandson, Melbourne writer Andreas Pohl, tries to find answers to the question of how a talented young man from an educated middle-class family was radicalised into joining the Nazi movement.

He discovers a story of how education, talent and keen ambition led to collusion with one of the most murderous regimes of the 20th century. A story about guilt, memory, and the joys and limitations of reinvention. And most of all, a story about whether the love of a grandson can withstand the revelations about his grandfather’s past.

‘A serious, probing memoir, written beautifully, with sensitivity and courage.’ Anna Lanyon, Author of Malinche’s Conquest, Fire and Song and The New World of Martin Cortes

‘This is a cross-generational story with reflections on history, morality, and how our choices shape us. A compelling story, beautifully told.’ Nick Gadd, Author of Death of a Typographer and Melbourne Circle 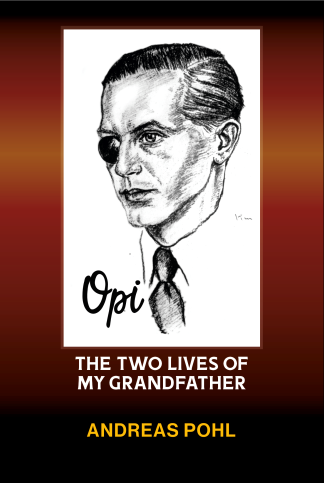 You're viewing: Opi: The Two Lives of My Grandfather $39.95
Add to cart