Dr John Clarebrough was destined to have an impact on Australian medicine from the day in 1947 when his outstanding examination results in the final year of the medical course at the University of Melbourne were announced. He set his sights at first on becoming a physician. However, late in his second year as a resident medical officer, he was prevailed upon to change course by a surgeon he greatly admired. As a young man, he survived a life-threatening bout of poliomyelitis. Based at St Vincent’s Hospital in Melbourne, he became one of Australia’s foremost cardio-thoracic surgeons, and served as President of the Royal Australasian College of Surgeons and President of the Cardiac Society of Australia. In addition, he was an outstanding teacher, mentor, administrator and humble servant of the community and the medical profession. 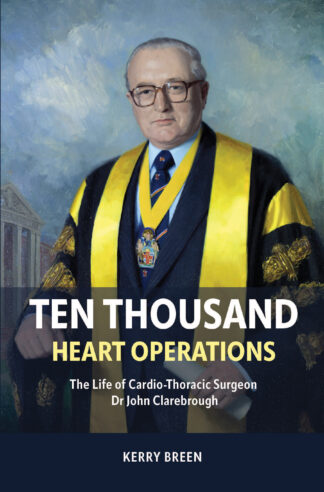