The download comprises an MP3 file of Brian Chapman’s latest recording of Beethoven’s famous ‘Moonlight’ Sonata together with a 13-page illustrated PDF document presenting Chapman’s personal odyssey with the sonata, including the rationale for his distinctive interpretation of the first movement in its context that forms an integrated tone poem expressing Beethoven’s emotional response to the tragedy of his growing and irreversible deafness.

Chapman’s thesis is that the first movement of Beethoven’s ‘Moonlight’ Sonata has been historically distorted by a succession of performers, editors and teachers who were misled by two pieces of 19th-century ‘fake news’ – concerning the sonata’s dedicatee, the Countess Julie Guicciardi – that enjoyed popular currency from the composer’s death in 1827 until they were disproved in 1871.  Firstly, it was wrongly thought that this sonata of 1801 was composed specifically for the Countess and that she was its intended dedicatee.  Secondly, she was erroneously proclaimed to be Beethoven’s mysterious ‘Immortal Beloved’ to whom his impassioned letters of 1812 were written.  Influenced by these misconceptions, performers and editors from Franz Liszt onwards altered the time signature of the opening movement and changed its voicing and dynamic phrasing to be more consistent with frustrated romantic love than with dumbstruck grief in the face of tragedy.  The covering essay documents and analyses the five main distortions begun by Liszt in the 19th-century and codified by Schnabel in the 20th-century, while the recording includes a rendition of the opening Adagio sostenuto that is claimed to be uniquely aligned with the markings in Beethoven’s Autograph score. 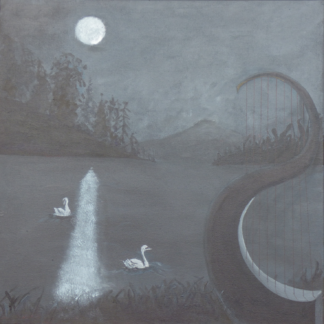 You're viewing: Grief, Denial and Rage: A Personal Odyssey with Beethoven’s ‘Moonlight’ Sonata $5.00
Add to cart