In both law and literature, Nicholas Hasluck has been a player and a commentator. In this fascinating memoir he uses diaries of his time as a Judge and as Chair of the Literature Board to explore intriguing issues at the start of the new century, from culture wars in Australia to al-Qaeda’s terrorist attack in New York.
He turns an astute gaze on battles in the courts and everyday struggles and delusions. He watches self-styled intellectual leaders nail their colours to the mast with an air of heroic virtue, though nearly everyone in the room agrees with them.
In times when history is often misinterpreted, how can we pass on what has been learnt? How can Australians come together to build a better future, rather than denigrating our institutions and shared past? His views are those of a writer with a principled mind and a ready sense of humour. 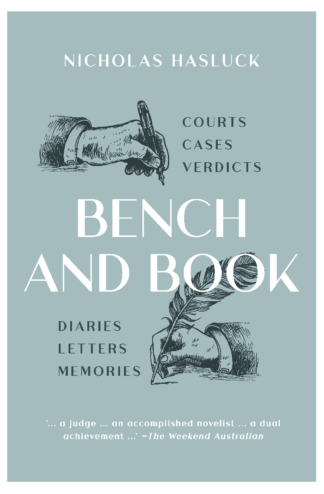