A House of Commons for a Den of Thieves: Australia’s Journey from Penal Colony to Democracy

In 1788, Great Britain founded a colony in Australia to swallow up its criminals. And swallow them it did – more than 160,000 men and women were transported to the Australian colonies over eight decades. Remarkably, these colonies swiftly developed into robust and innovative democracies. The 1856 Victorian election was the first in the world where voters took a government-printed ballot paper, took it into a private voting booth to fill it out, then put it in a ballot box. And Australians have kept this democratic model ever since.

A House of Commons for a Den of Thieves is the story of how the citizens of these colonies threw off the stigma of their criminal origins and asserted their rights. Not only against imperial authorities in London but also those wealthy and powerful men in the colonies themselves who distrusted the idea of mass democracy. And through their success, they created a lasting democratic tradition that their descendants have expanded and built on up until the present day. 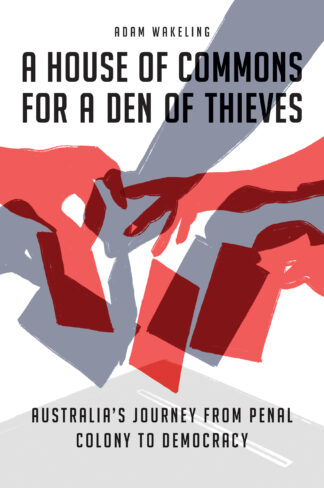 You're viewing: A House of Commons for a Den of Thieves: Australia’s Journey from Penal Colony to Democracy $44.00
Add to cart